J’Accuse on the story of the 18 fishermen of Mazza del Vallo detained in Libya ...

J’Accuse on the story of the 18 fishermen of Mazza del Vallo detained in Libya ... 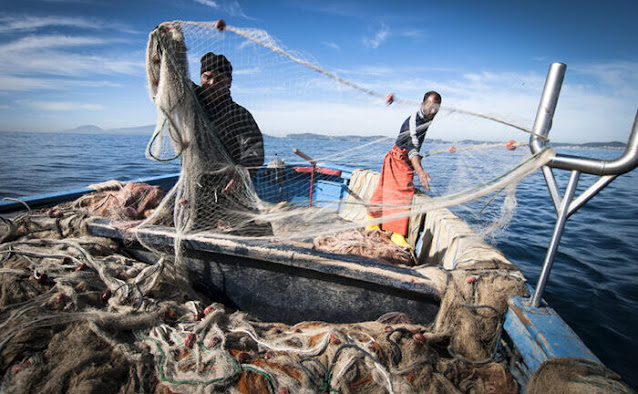 Let it be clear that the story of the detention of the 18 fishermen of Mazza del Vallo in the city of Benghazi goes beyond a few tons of red shrimp caught illegally by poor Italian fishermen. How much trouble have those who manage the trafficking of migrants combined and they are precisely a handful of well-identified mercenaries. Yet the upheaval and the impact of this traffic on our stability, if we want to weigh it and compare it with the fishing of a few quintals of shrimp, it seems completely incomparable, completely irrelevant to the aforementioned story and is something that reason cannot accept and cannot accept. one can ignore the obvious and intolerable disproportion of the threat and capacity for upheaval we are confronted with. The trafficking of migrants procures mountains of money for the warlords in Libya, unworthy heirs of Colonel Gaddafi, and puppets in the hands of dictatorial regimes and powers in search of some influence or some crumbs of power and glory, now gone for them for decades.

It must be said, however, that in Libya an important game was played at a strategic level for Italy and the fall of the Gaddafi regime represented for Rome the end of every aspiration to leadership and that preferential relationship with Tripoli that had been painstakingly built, and here I underline Berlusconi's role in having woven it, in a very convenient way for both countries. However, and this is history, someone took advantage of the weakness of our country at that juncture in history and decided to do away with the colonel's regime that had done so much to normalize its relations with the West. That unfortunate decision to attack Libya and dissolve the regime by putting mercenaries from all over the world on the tanks of those feudal countries that abound in petrodollars in an attempt to get their hands on the Libyan cake with the help of NATO. And the rest of the story was deleterious and counterproductive ...

Today Libya is divided into zones of influence where the tribes claimed their autonomy and are easily maneuverable and where some countries such as Egypt, the Emirates on the one hand and Turkey on the other, compete for the major role in the affirmation or not of any government. On the other side, Europeans are even more divided: Rome supports the Serraj government in Tripoli and Paris supports General Haftar in Benghazi. backed by Cairo and the Gulf petrodollars, as well as Putin's Russia. It is a dangerous, absurd and threatening chessboard for peace, as well as the source of all problems in the region. That is why our government has not been able to resolve the fishermen issue. This inability denotes galloping confusion and indecision. It is clear that these are our compatriots who are considered as bargaining chips by those protected by the aforementioned countries. And it is something that arouses anger and despair.

Libya cannot become a battleground and restoration ground for anyone's colonial empires. Libyans have the responsibility to reunify their country and not to lend themselves to the interference and infiltration of feudal powers that are undermining not only their country but the entire area, transforming it into a minefield that risks compromising peace throughout the country. planet. Rome, sooner or later, will have to realize that confrontation, including military ones, is inevitable with those who want to alter the balance and even peace in the Mediterranean.