J’Accuse, February 27, 2021 on the change of course in American foreign policy. On the right and respect for human rights can be a relaunch in international relations

J’Accuse,   February 27, 2021 on the change of course in American foreign policy. On the right and respect for human rights can be a relaunch in international relations 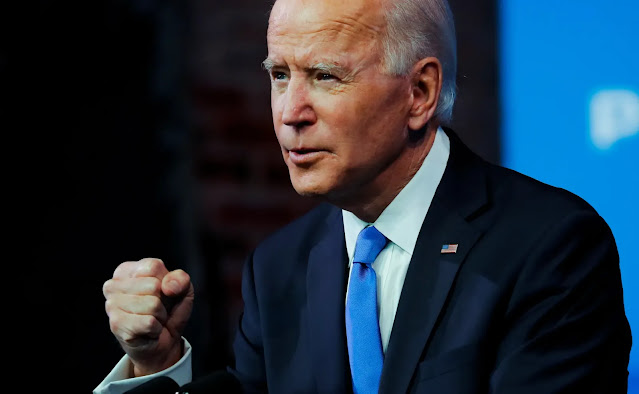 If the centrality of the United States of America in the world failed in the Trump era for a specific political choice: that of "bringing America great again and not using resources and energies that could be useful to the herself, today this somewhat isolationist and somewhat unhistorical, it seems to have been archived by the current president Biden. We see it on international scenarios as the days go by. Biden himself has repeatedly stated that his America is back and that with it diplomacy and multilateralism. "America is Back. Diplomacy is back… ". But the question that J'Accuse asks is the following: will Mr. Biden be able to give a change to the economic, political and ecological crises that grip the planet or will he be the umpteenth American president who will be overwhelmed by the strong powers and the complexity of the issues that arise. is finding ahead?

I would like to say before attempting to criticize President Biden's early actions that because of his personal, political history, he represents not only for the Americans but for the entire international community a hope for change: namely the return to that authentic face of the USA inextricably linked to the defense of freedom, democracy and human rights in the world. Trump's America had betrayed not only these principles but disregarded the same hopes of its citizens, entering a dead end made up of prevarication, inequality and violence. Today Biden, as President of the United States of America, faces a shattered country struck in its democratic identity, in its economy heavily wounded by the pandemic with all its serious economic and social consequences. Well, if there were not a president like Biden, we would have seen worse, probably the deaths would have been even more and the vaccination campaign would have been based on clientelist and private principles so dear to Trumpism. It is not easy to heal in the face of the evils that grip the country and the world, repeats Mister Biden. Of course, America, and not just it, needs an economic and democratic resurgence. But if on the internal level everything is going well, on the international level some issues are coming to the head of the new administration and here I would like to make my contribution to President Bieden. In my letter addressed to him by J’Accuse, we insistently asked for an epochal turning point in international relations with Russia, China and the Arab-Islamic world. With Russia, we note with regret that we have returned to the old tensions of the Obama / Clinton era, based on mutual distrust and competition for regional leadership. We saw in support for the so-called Russian opposition led by Navalni, a clear sign of encouragement to fuel the chaos in Russia in order to ease it. The question of respect for human rights and democracy are internal processes that require social and economic times and revolutions that are not injected by introducing well-studied disturbing factors, perhaps with purposes opposite to those stated. In short, even America today faces social phenomena of impoverishment and exclusion on the social and economic level that are not at all dissimilar from those narrated by Tolstoy, to put it mildly. Ultimately, I believe that the approach of retaliation and disavowal of the other is wrong and will absolutely not give the desired results by the strategists who devised it. A sincere dialogue based on friendship and collaboration must be established with Russia. Only economic, social and scientific progress can lead to the democratization not only of Russia but of Africa and the Arab world. Precisely this Arab world that Biden faces governed by bloodthirsty dictators, by enlightened and often corrupt Emirs that do not protect human rights or even those of their peoples in promoting economic, social and cultural progress. We have a world with an immense economic resources but with criticalities and dramas that exceed the imagination. In this Biden must, if he feels it, differentiate himself from his predecessor Trump, a friend of the powerful and tramplers of human rights. The key to success is to address the issues and try to resolve them. The American 007 report on Prince Bin Salman’s responsibility in the Kashoggi murder overturns not only an issue that seemed, with the past administration, to have been archived forever, but questions concerning the geopolitical balance in the Middle East region. Can America ally itself with those who kill journalists, terrorize dissidents and imprison anyone who disagrees with them? The change of administrations in the White House must never jeopardize the same democratic identity and the same constitutional principles of the United States of America.

Precisely for this reason, Trump must be prevented from returning to run as President of the USA. His return will be another attack on democracy not only in the USA but in the whole world. The lobies who support it are against democracy and against the American people. If the axis of evil that rules in some countries of the Arab world has consolidated and has woven business and political ties with the enemies of democracy, it is because someone like Trump had guaranteed and covered up horrendous crimes and violence. The war itself in Yemen is a forgotten crime. The same tug-of-war with Iran is a way to perpetuate the chaos in the Middle East region, leaving the profits to the arms dealers and to the Israelis themselves who see, in conclusion, in Biden's return, the end of those cover-ups and their very obstinacy in not wanting to give back to the Palestinians what is rightfully theirs. Indeed, dear President Biden, it is the law that must now guide decisions in both domestic and international politics.