J'Accuse, 20 January 2022 on the commedia dell’arte of the election of the new president of the italian Republic

J'Accuse,  20 January 2022 on the commedia dell’arte of the election of the new president of the italian Republic 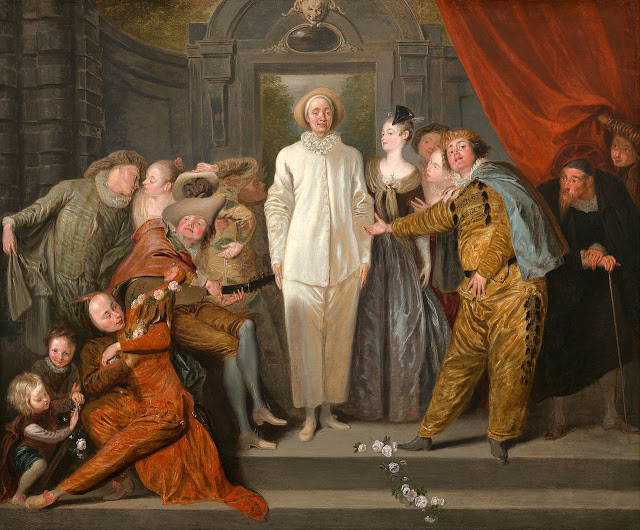 We have seen how the propaganda of a closed and patronizing political system created its own heroes and privileges and celebrated them with ceremonies and rites typical of totalitarian dictatorships. In this delicate and crucial political phase, the political and institutional establishment as a whole is looking for a new guarantor for the continuity of the state. But the political parties, having lost that umbilical cord that binds them to reality and therefore exhausted all their popular legitimacy, precisely because of an oligarchic party practices and an electoral law that is patronizing and, to say the least, not representative of the popular will, and that nobody wants to change, they are no longer able either to elect new institutional positions or to compose a political framework that is worthy of a representative and participatory parliamentary democracy. Precisely this picture of chaos and war of all against all, Bellum omnium contra omnes, is reflected in the mediocre speeches of the political leaders and in the chilling strategies of the same. We have seen how the lack of agreement between the main contenders has led to unpopular and shocking nominations. The same hypothesis of confirmation by President Mattarella appears to us as a failure of the entire system in identifying a new arbiter of their institutional comedy. While the candidacy of the current prime minister denotes and corroborates this loss of legitimacy which should be the basis of any system of government. This occurs when an entire ruling class proves unable to govern the country and delegates this function to external parties, such as this case, who have never been elected and who also represent interests and parties totally unrelated to the popular will. All this climate is portrayed as just ordinary and legitimate by official propaganda, but the truth is clear under the sun. In truth, this legislature is struggling to move towards its end due to the fault of those who are well aware that it will be the last of the legislatures of the happies and the incoherents. But the deepest evil is truly inherent in this proportional electoral law which fails to give the country a stability of government. This is why the pandemic, in some way, has rendered a great service to them, in giving this ruling class the motivations to govern and remain in power and above all in diverting attention to the real problems of the country and of the institutions and the first among such as the reform of the electoral law.

So who will be the next president of the republic? We as J’Accuse, and we believe interpret the sentiments of many citizens, hope that this choice will be shared with the electoral body in its entirety. At the moment it is not possible and it is the parties and their secretaries who are assuming this role. Many in this country evoke in an instrumental way the ghosts of the past, that is to say the twenty years of fascism, preventing the people from regaining their centrality in the choices of the republican institutional leaders. This political class, with its political and ideological inflexibility, remains the enemy of authentic popular democracy. Italians, like the French and the Americans, have the right to read their president, perhaps with a French-style two-round electoral system. It would be like giving back to Christ what belongs to Christ and to caesaring what belongs to him. The hypotheses Matterella and Draghi, at the Quirinale, and moreover that of the unnameable knight, are imposed by the oligarchic system in force. The misinformation taking place does not help to clarify this problem. The country's problems are and remain purely political and representative in nature. Unfortunately, the pandemic has aggravated and connoted this phase of authoritarianism and chaos. Only an awakening of the nation's conscience through civil society itself in its various cultural and political articulations can by exercising all its natural right to make the country regain lost institutions and that representative democracy trampled on by the parties.