The triumph of the underground, the horror in Ukraine - What false heroism!

The triumph of the underground, the horror in Ukraine - What false heroism!

The company of luminaries arrived, after hearing about the terrible conflict, as far as Ukraine on the wings of Pegasus. There an angel appeared to our poets. It was he, he, the Russian writer, Dostoevsky. Yes, what a beautiful meeting! They said. It really took him to comment on the havoc that presented itself in front of them. What tragedy is greater than that in which brothers hate and kill each other! Man seems, and it is true, to have lost the high and flowery way of all beauty. What the Russian writer had so much recalled in his works: respect for that humanity lost in the subsoil of corruption and decadence. The beauty that he identifies in the beauty of Christian principles and beliefs have now been betrayed by men and by false heroes. What heroism can ignore the sufferings of a mortally wounded humanity? He wonders ... 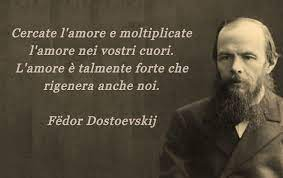 The triumph of the underground, the horror in Ukraine

Ukraine seems to be under the grip of a colossus

Terrible, where you can glimpse a horror never seen before!

Shakespeare glanced at Dostoevsky for a moment

Christ, Christ! No headlights illuminate it ...

If we don't move, the world will end up like Ukraine

Have you ever heard of a "hero" named Zelenski?

What madness, what heroism would this slaughter cause?

I would like to question those who, in indifference, act

A ridiculous script where humanity is mortally wounded

And the afflicted evil is growing in this duel

Before us Kiev, Kharkiv and Odessa ...

Only destruction is before us and no mercy

The language of the guns does not know satiety

The beautiful, it was burned, Dostoevsky, confesses ...

But I want to understand why I hate so much?

Shouted the author of the idiot, no redemption!

He will have the one who designed this dimension

Of an inhumanity that goes beyond any outbreak ...

That war is built only and only ...

If one approaches the beauty, "Christ", and not the underground

Suddenly we heard yet another detonation!

In this country where death and diaspora reign