J’Accuse of 5 July 2022 Turkey and the West: a strange alliance, it seems the consistency of inconsistency

J’Accuse of 5 July 2022 Turkey and the West: a strange alliance, it seems the consistency of inconsistency 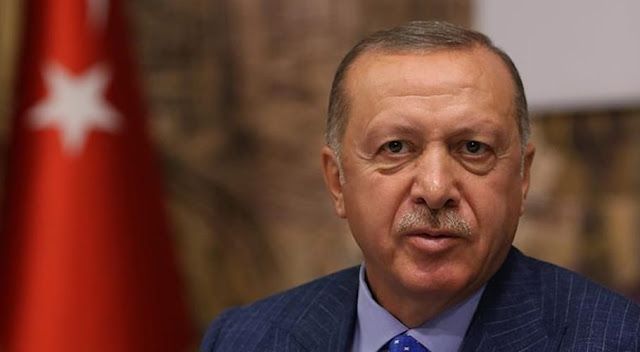 What if the sultan overturned the alliances? This nagging question suddenly reverberates in the already distraught mind a chain of incessant events and twists. Certainly the war in Ukraine has put and is testing small and large powers. It is increasingly becoming, regrettably and inappropriately, a false matter of life and death, as Shakespeare would say (to be or not to be). In truth, "to be or not to be", asserted by Westerners, since the outbreak of the conflict risks being the cause of the end of all coherence. But this problem concerns not only the Western camp, consistent with the greatest of inconsistencies, but also the little Turkish sultan, now deluded to return to that West where his regime has always been seen as dictatorial and dangerous for stability and Western balances.

Let's go back to thinking about inconsistency, as the Arab philosopher Averroes would say: The speculations of political philosophy cannot go so far as to contradict the content of the Law, because the truth cannot conflict with the truth, but on the contrary is in agreement with it and bears witness to her. Let's repeat it: the truth cannot turn itself against itself. if only the sultan had remained consistent and lover of this truth which represents his salvation, he would have won greater consideration in the history of political thought. This war between Russians and Westerners has stripped away the indenudable and has shown the whole world how much interests can constitute that derogation from fundamental and inalienable principles. The extension of NATO to the borders of Russia cannot be the only tool for building a security system in Europe and in the world. Security must be built by disarming and talking to the other party about how to build a balanced and safe world. Sultan Erdogan's Turkey would have played an original role in this crisis if it had played an independent and truthful role. Westerners see it as a threat, so how can we speak of alliances and fidelity to the treaties? His political and psychological subjection despite his rebellion against the treaties that nail him to roles of a small power is unacceptable. The ever increasing interventionism in the internal affairs of many Mediterranean countries make it a country with territorial and political ambitions that should not be underestimated. The return to the Ottoman Empire risks upsetting the balance in the entire Mediterranean region. Americans and Europeans know this. But the Turks delude themselves into persevering in their imperial dreams. Perhaps, one day it will be possible to return to reasoning about the truth and all that follows. The extension of NATO to Finland and Sweden was a mistake, in my opinion. The sultan had every reason to direct his foreign policy towards the search for counterweights and a centrality of his country in international relations, but he preferred to align himself, knowing full well that others consider him a fearful dictator. Perhaps, history and the next few weeks will tell us how the crisis and alliances will develop. Will they ever be overthrown?