J’Accuse of 6 September on the Cingolani plan and the enormous sacrifices required. What is the next necessary call for resistance?

J’Accuse of 6 September on the Cingolani plan and the enormous sacrifices required. What is the next necessary call for resistance? 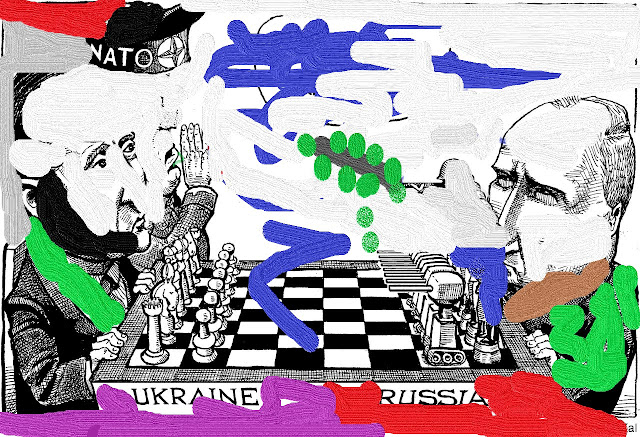 During last summer, speaking at his usual conferences, I heard President Draghi raise his voice to reiterate the government's line on sending weapons to Ukraine and unconditional support for Zelensky. He repeated: that these are the European values ​​(freedom and democracy) that have been called into question by the Russian aggression against Ukraine and that we as a country and a union could not stand by and watch? True or false? How many conflicts and massacres we have witnessed in a shameless and complicit manner without raising our voices or imposing sanctions on the aggressors, which sometimes were us (see conflict in Iraq, Libya, Yemen, Syria and at other times they were our allies against whom our leaders did not have never uttered a word of condemnation. Certainly part of the responsibility for the ongoing conflict in Donbass is to be attributed to the conduct of the Ukrainian (pro-Western) government, because if the Minsk agreements on the disputed territory had been respected to the letter, we would probably have avoided this 'escalation as harmful as it is deleterious for both parties. If in Kiev, after the fall of pro-Russian president Viktor Yanukovyč in 2014, there had been an orientation towards a policy of good neighborliness and dialogue with Moscow, the current situation would have been quite different. But that revolution gave rise to an irremediable rift not only in Ukraine, but between Russia and the West because it was orga nised, supported and desired by those who today want to impose on us the plans of resistance against the sanctions launched so far by the European Union against the Kremlin, sanctions that observers reiterate, affect the economies of the member countries of the European Union in an unequal way. Our country is dramatically and dangerously affected as its businesses and economy were and are closely linked to gas supplies and commercial orders from the country of the Tsars. Not surprisingly, today at the Moscow Ministry of Foreign Affairs, they talk about our country's suicide strategy to want to continue on the path of sanctions and sacrifices imposed for a war that in the end no one, in my humble opinion, will get out of it without human rubble, social, cultural and economic and, ultimately, will be able to win in an ethical and total way. Therefore I consider it an ethical sin to abuse the word resistance in the case of this conflict. This is a traditional confrontation between powers to extend their hegemonic aims over a strategic territory rich in mineral and natural resources, even Ukraine, the granary of the planet, the question had to be resolved with the recognition of Russia's rights in this area. Already, in the course of these last days in the United States, where the effects of the sanctions on Russia are creating many problems for the Biden administration, the latter has hinted in his utterances to the remote, but I would say realistic, in my opinion. , possibility of persuading Zelensky to give up the territories annexed by Russia in exchange for peace. But it will only be with the advent of winter and the closure of companies that European governments will begin to realize that the immense sacrifices imposed on their citizens are unfair and out of proportion to the dangers set forth in their propaganda against the Kremlin. What good have they done if they have impoverished us and made us even more insecure? In this politics has failed: our leaders are leading us to the cliff of history with no real goals or adequate political realism. The great European values ​​of which a certain Mr. Draghi spoke leave the time they find: they are not defended in our neighborhood where dictatorships swarm and where these same dictatorships are often emanations of our governments. good example and our loyalty. our civilization will survive only if we manage to make ourselves respected even by our most bitter enemies.