settembre 04, 2022
J’Accuse of Friday 2 September 2022 on the difficulties of the West following the war in Ukraine and the sanctions against Russia - Between Populism and Defeatism. Letter to Hilary Clinton 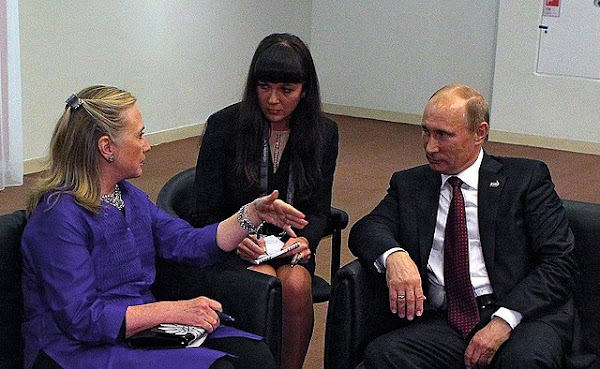 Today, leafing through an Italian newspaper, I read in an article on Hillary Clinton’s appeal in order to not to give up in the face of populisms so as not to jeopardize the democracy won with the blood and tears of past generations. They are beautiful but meaningless words. If we remember correctly, the problem with Russia arose, with intensity and in a particular way, with the american democrat presidents and there has never been an attempt, as I remember, to find a new deal with that country. Hillary Clinton’s own defeat in the 2016 US presidential election against Republican candidate Trump has been somehow attributed to the Kremlin’s intrusion and meddling with fake news and Hillary’s own e-mail publication. Case already clarified and investigated by the American judiciary: there is not enough evidence and at least direct links between Trump and Russia. But let's go back to Hillary's intentions on the Italian newspaper. That our people: he cares about their freedom and democracy, there is no doubt of that, dear lady. Do you know what the real problem is Madame Hillary? The answer is simple. People no longer want to be regarded as sheep to be led by the shepherd on duty appointed by this or that occult power or not. Faced with the rising prices and anxiety caused by this war in Ukraine and its growing and serious impact on our economy, our societies and our very future, people no longer know who to turn their heads to. The fact that your president Biden has chosen the path of head-on confrontation with Russia, and he is the continuer of her policies, this is a decision that affects our destinies and our very democracy. With Russia dear Hillary, it did not take political genius or the magic bag to guess it, it was necessary to enter into serious and constructive negotiations to avoid all this drama. This negotiation had to have priority in the agendas of the various American presidents in order to spare Europe from further clashes and wars. Instead, after the fall of the Berlin Wall, the policies undertaken were not sufficient and often counterproductive. If we find ourselves today at this point of the confrontation and democratic involution in Europe, it is because there are certainly causes and shortcomings that eventually must be recognized. We can already see today, a few months after the outbreak of the war in Ukraine, the great difficulties we are facing. In addition, these difficulties are growing and, it is not known, to what extent we can tolerate them. What is the use of words and the very reasoning of men when they themselves are unable to change their destinies? That populism is, there is no doubt that it will be a failure, but the greatest failure is the one that denies the reasons of the “other” and the obstinacy not to reconsider reality. We live today on lies alone. Even democracy when set up in this way becomes itself a pseudo-democracy. Remember that before considering yourself democrat, you need to make sure that everyone has a voice and rights to respect. In the world today, we see so many injustices and woe to think that this was not the highest democracy? The road to war is wrong and it took my J’ accuse and my voice to tell you this truth. So, be a good advisor to your president Biden and tell you to put an end to this war that will do no good to anyone.