J’Accuse February 5th , 2021 On the appointment of Draghi and the crisis of the party system in Italy. Urgent reform and re-foundation of the policy

J’Accuse  February 5th , 2021 On the appointment of Draghi and the crisis of the party system in Italy. Urgent reform and re-foundation of the policy. 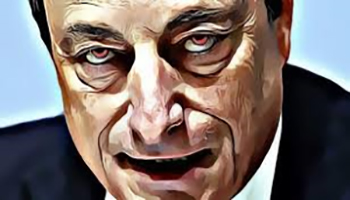 If politics is the art of solving the problems of a particular country, then in the Italian case we are faced with politicians who do not know its concepts, neither its techniques and virtues. The government crisis that Mr. Renzi has opened not only stripped the king as he had pointed out but above all a bankrupt and counterproductive system devoid of ideals and sensitivity and above all of that respect for the supreme good of the nation in a moment of extreme difficulties for businesses and citizens.

Opening a government crisis whatever the reasons for it and moreover when it was, as in this case, an excess of self-love of the various characters in the field, leaves us not only shocked but disheartened and terrified in front of the irresponsibility and the incompetence of the protagonists of the crisis. The fall of this majority is a failure not only of politics but also of the party system centered on the alleged clash of ideologies, now considered obsolete by all. If the Italian constitution in its Article 49 states: "all citizens have the right to freely associate in parties to compete with a democratic method to determine national politicies", giving the parties this responsibility to compete and mediate political consensus and to finalize it in determining of policies that protect the supreme good of the nation, in the context of constitutional principles and respect for democracy, today we are witnessing an unhealthy metamorphosis of this concept: in this context we wonder if parties are in fact what the article says 49, that is to say associations that contribute to democracy and the determination of national policies (he hopes benevolent for the country) or have become a jumble of particular interests and personal and ideological clashes that determine only chaos and above all the comedies of art which we have seen so far?

A wise analyst would say nothing more. Obviously, the anger inside for what happened is great. The country is almost lost. The economy is in deep crisis and there is no work. People are depressed. And in the face of all these miseries, we allow ourselves the luxury of arguing and overturning the tables and moreover and the worst thing is openly betraying that mandate conferred by the voters on the political class, which has declared itself unable to manage this dramatic situation in which the country finds itself. So what remains to be done?

Have you ever seen a family man who gives up his responsibilities and duties to his offspring?

The most unruly and insensitive people do it but not those who care about the health and well-being of their children. The nomination of Draghi by the president of the republic corroborates what was said before: the presidents
of the Central Bank of Italy, the professors cannot replace the political class elected by the Italian people. It is always a failure of democracy. And above all it is an abortion of that principle inherent in Article 49 where it indicates the parties as authors and mediators of political consensus. From this point of view, the appointment of Draghi is in fact a commissioner of the national government. We wish Dr. Draghi to bring the country out of the darkness and obscurantism it is in. But the first reform to be made is that which concerns the electoral law: we need once and for all to adopt an electoral system that gives the country stability and lasting governments. Banks and markets cannot take the place of popular will and even less the European institutions, where they are the ones who directly or indirectly contribute to the fall or the appointment of governments that are never representative in the end. Too bad to say it but it is true.